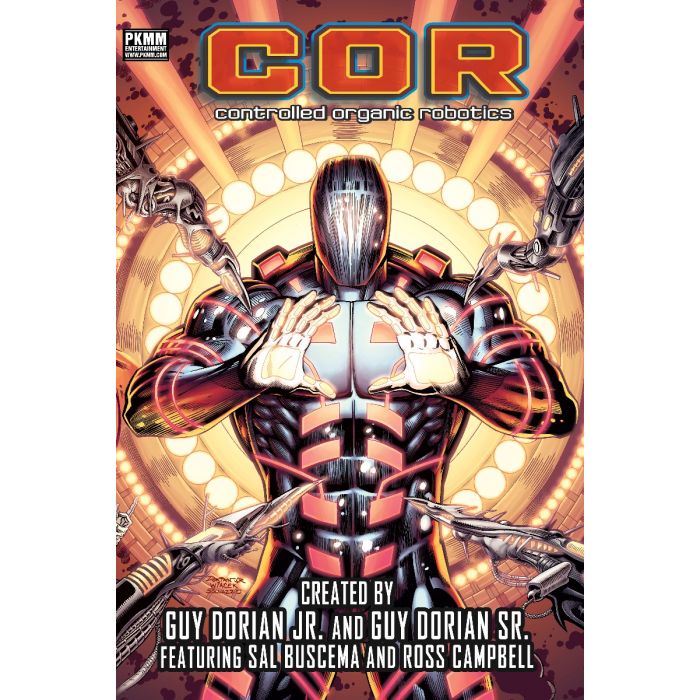 Skip to the beginning of the images gallery
Details

Harrowing images flood the minds of the dreaming citizens of Hadad each night. Several generations ago, these dreams were that of the savage and ghastly fauna that inhabit the planet of Hadad; colossal winged beasts that spit fire and light the world ablaze, and wicked monstrosities that terrorize the night. These dreadful dreams were quelled when a technological golden age erupted, and with it, hyper advanced technology was crafted and incredible instruments of death were conceived, fully capable of dispatching the horrors that roam the lands. The nightmares of old vanished, but out of the very thing that saved the planet, new ones were born.

Conscious, autonomous, machinery sprung into creation; machinery that could be rational like the human mind, and could evolve similar to their organic counterparts. Millions of years of evolution happened in mere decades for these machines. But flesh and machine began to intertwine; their cells reproduced like humans, and spread like a virus. They took the form of clusters of cables and vines and latched onto any life forms they came in contact with, twisting their skin and bone with robotics to form a new cybernetic organism, a mindless slave who's master is an omniscient hive mind.

Now, the long-standing, archaic empires of Hadad are beginning to crumble to the cybernetic scourge. Anat, fiery warrior queen of a collapsing nation, encounters COR, an enigmatic and imposing being of seemingly otherworldly nature and extraordinary power. Anat, guided by a divine prophecy, and COR uncertain of its own origins and propelled by an internal force foreign to him, feel their fate is intertwined. Uncertain of what is in store for them, but compelled by their own internal guidance, they set off on a journey together to destroy the technological virus blighting the land, encountering both allies and foes along the way, and facing moralistic dilemmas where there is no right answer.

"COR is one helluva thrill ride! A great big crazy concoction of action, science fiction, horror and fun! The art by Guy Dorian Sr and Sal Buscema really grabs you, whisks you along at breakneck speed, while the coloring really makes the wild ride even better!" - Bill Sienkiewicz, Moon Knight, Batman, The New Mutants.

Reviews
Write Your Own Review
Only registered users can write reviews. Please Sign in or create an account
Copyright © 2014-2018 PKMM, Inc. All rights reserved.